The Big Plans Printer System supports multiple X-Carriages for Bowden, Direct, and Chimera or Cyclops dual extruders. The design is also simple enough that it should be easy to adapt for other hot end styles and makes. In addition they support both standard and volcano hot ends. The default setup utilizes a BLTouch and supports a few mechanical end-stop types. The carriages can be mirrored horizontally if you prefer the sensor or end stops on the opposite ends of the nozzle. There is also a semi-circular part fan with more fans planned. The direct carriage supports mounting an accelerometer as well.

All of my carriages mount to the bottom of the X extrusion and that deserves some explanation. With most aftermarket extruders (eg: Titan, BMG) the V6 radiator mounts directly to the extruder itself. The top lip of the radiator slots into the shell of the extruder providing an extremely strong and reliable mounting solution however the distance between the bottom of the extruder and the tip of the nozzle is only about 50 mm. If we tried to mount a direct X carriage on top of the extrusion the MGN12H rail and carriage lift the X carriage about 13mm. Then we'll need 4-5mm or so for the base of the X-carriage to mount to the MGN12H carriage block. That puts the heater block in line with the top of the X extrusion meaning the entire carriage would have to shift forward to clear the block - and we haven't even discussed blower fans or the ability to raise the bed to an appropriate height.

Other designs may mount a direct drive to the front of the extrusion however due to the offset weight they often use a second MGN12H rail adding to expense and complexity. Many extruders will just separate the radiator from the extruder so that the motor and extruder sit on top of the rail and the hot end is mounted lower on the face of the carriage but this also adds complexity and maintenance. This is less of a problem when using a bowden extruder since the radiator is light enough to mount on the front of the extusion at any height. I opted to mount the carriage under the rail which gives us all the room we need with no additional complexity for both direct and bowden setups.

The Bowden X-Carriage is small and simple: 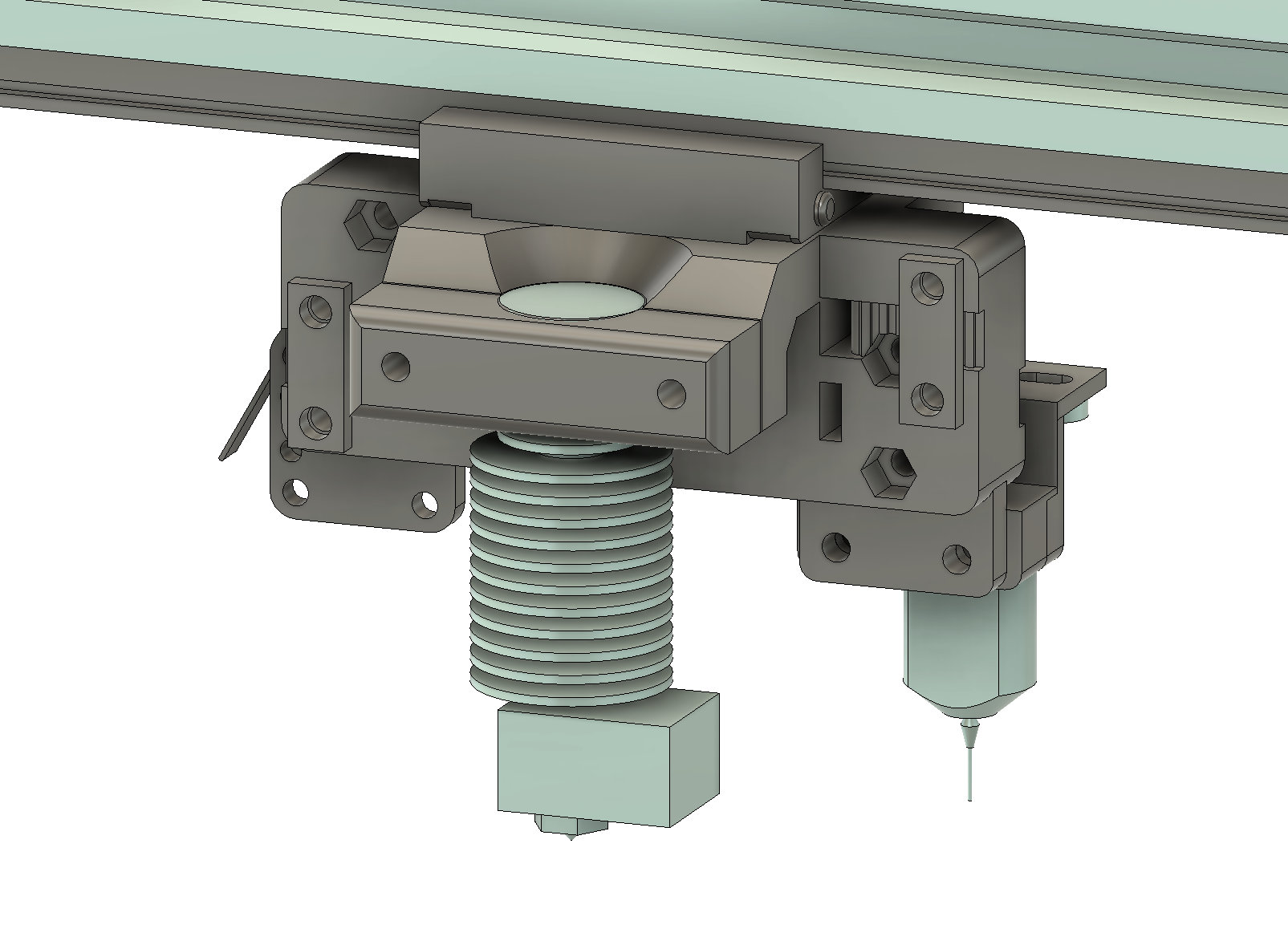 Once attached to the linear rail and the cables have been tensioned there are only a few additional pieces to attach. The V6 radiator clamps directly onto the carriage. Both volcano and standard heater blocks are supported with BLTouch clamps of differing heights to properly position the sensor for either configuration. The part cooling fan attaches to an adjustable slot supporting either nozzle height.

There are both 40mm and blower-based part cooling fans for the Bowden carriage. The 40mm fan is a single piece and easier to implement. 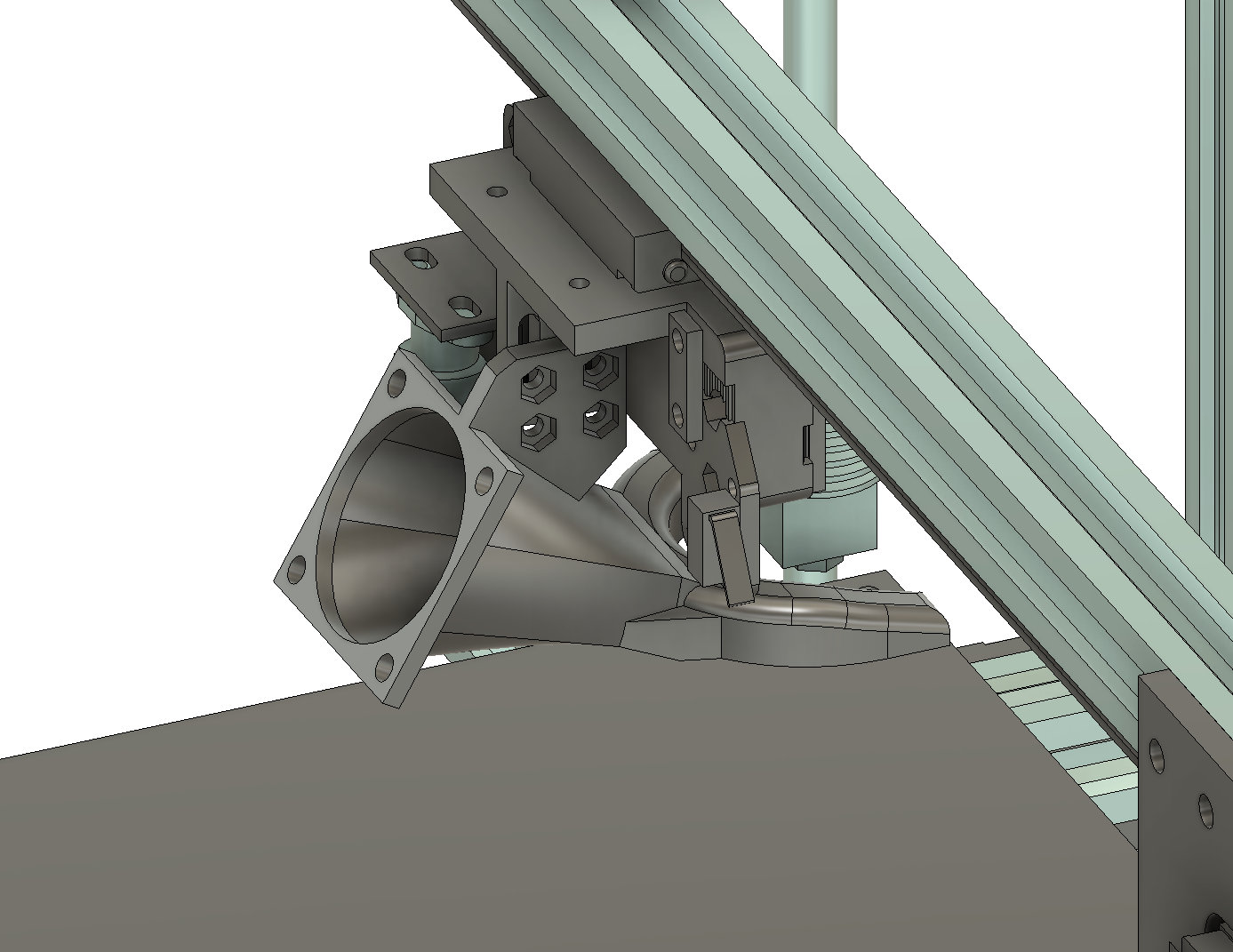 The blower version is two pieces - a blower plate and the fan channel. The blower mount is used for both bowden and direct carriage blower part coolers. 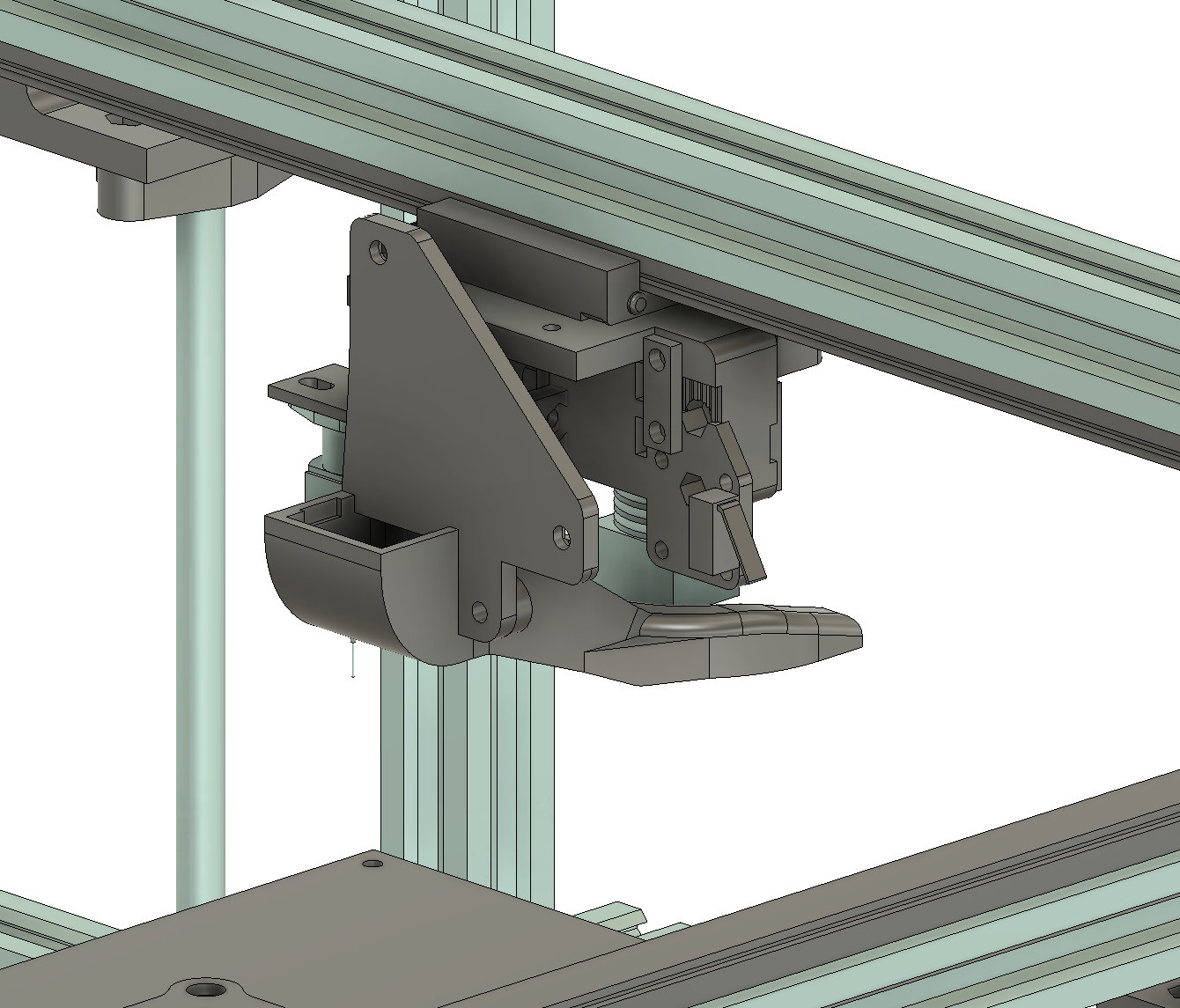 The Chimera/Cyclops carriage is nearly identical to the bowden carriage with the exception that the carriage uses the three-hole mount for those radiators. The hotends should be positioned the same as the bowden carriage so the same sensor brackets and fan mounts can be used. At this time the cooling fans do not support the extra width of the Chimera hot-end but I am working on a design now. 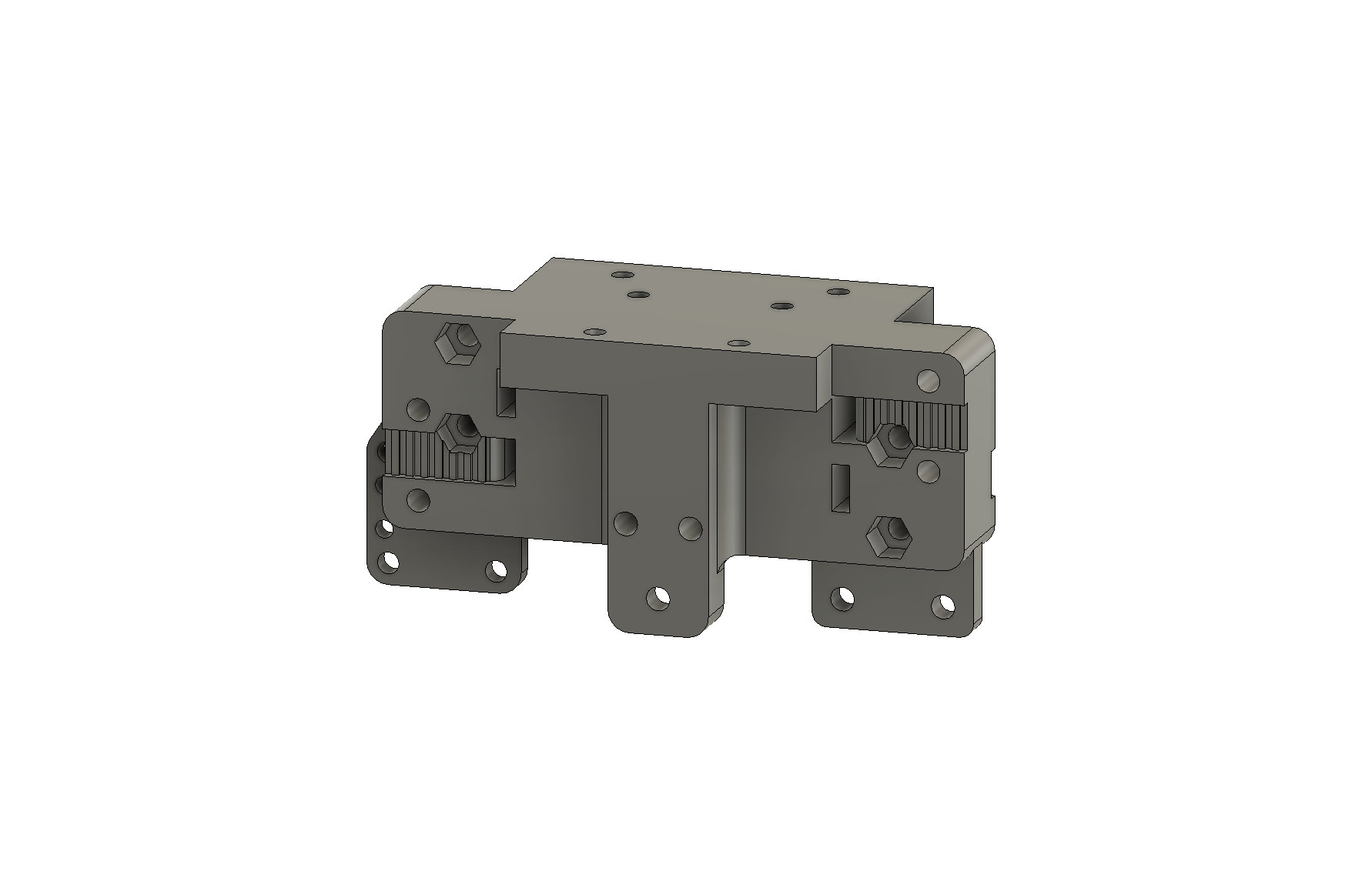 The direct carriage is also fairly simple to install and support. It assumes an extruder that mounts directly to a NEMA17 motor. This is the standard mount for Titan and BMG style extruders and should work with other styles as well. The carriage itself houses the NEMA17 stepper and a bottom plate supports the BLTouch sensor and part cooling fan (and optional accelerometer). Unfortunately the radiators on the Titan and BMG are slightly offset so there are different bases for the BMG and the Titan (although they are close enough you would probably be fine using either). Since there are a lot of configurations (sensor left/right, BMG vs Titan, accelerometer or not) there are a lot of bottom plate options. In addition there's a bushing to lower the BLTouch sensor for a volcano block. In the example below I'll be using the version that mounts the BL touch to the left, Titan extruder with a standard heater block, and no accelerometer. 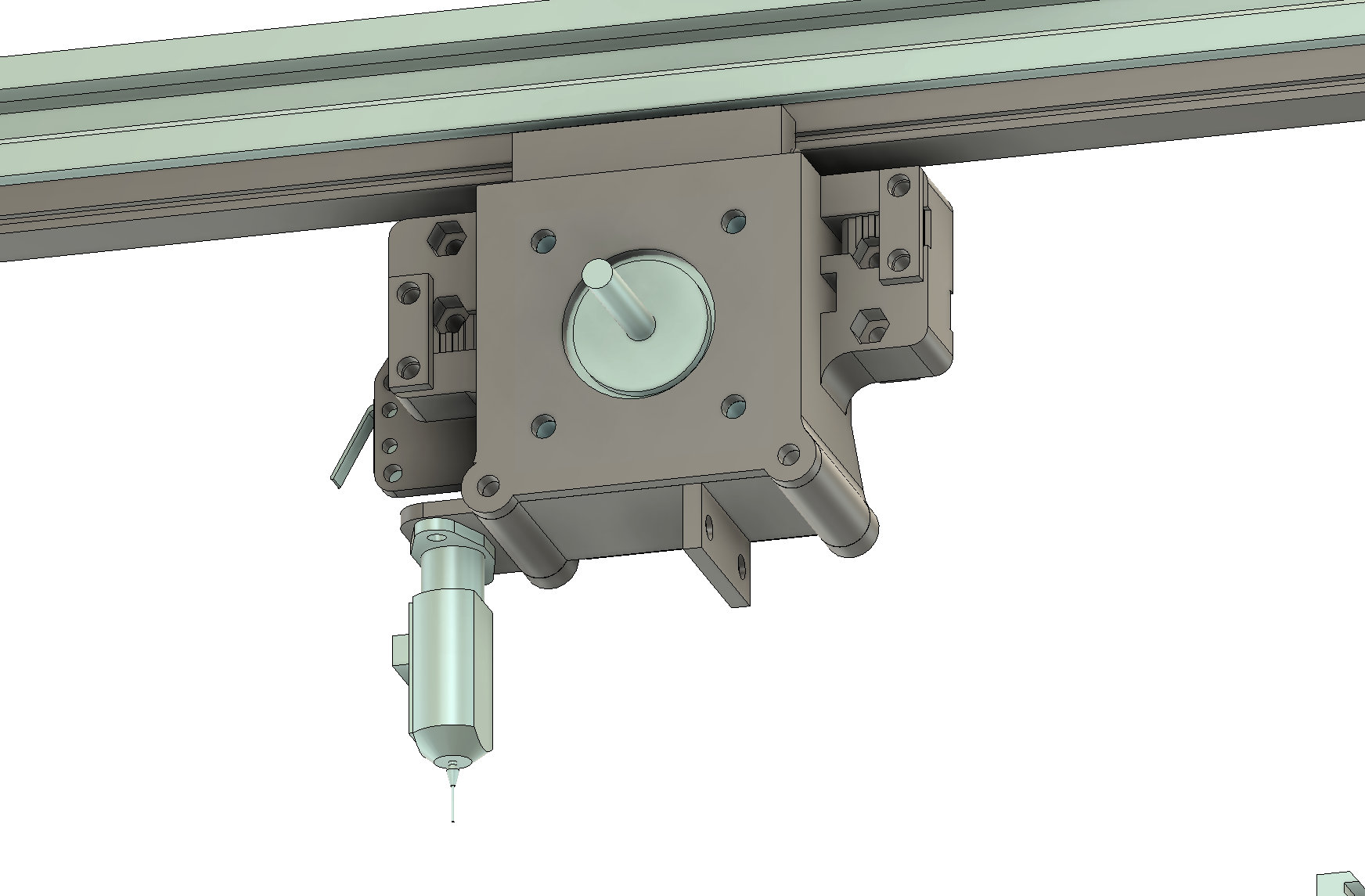 The easiest way to install the direct carriage is: 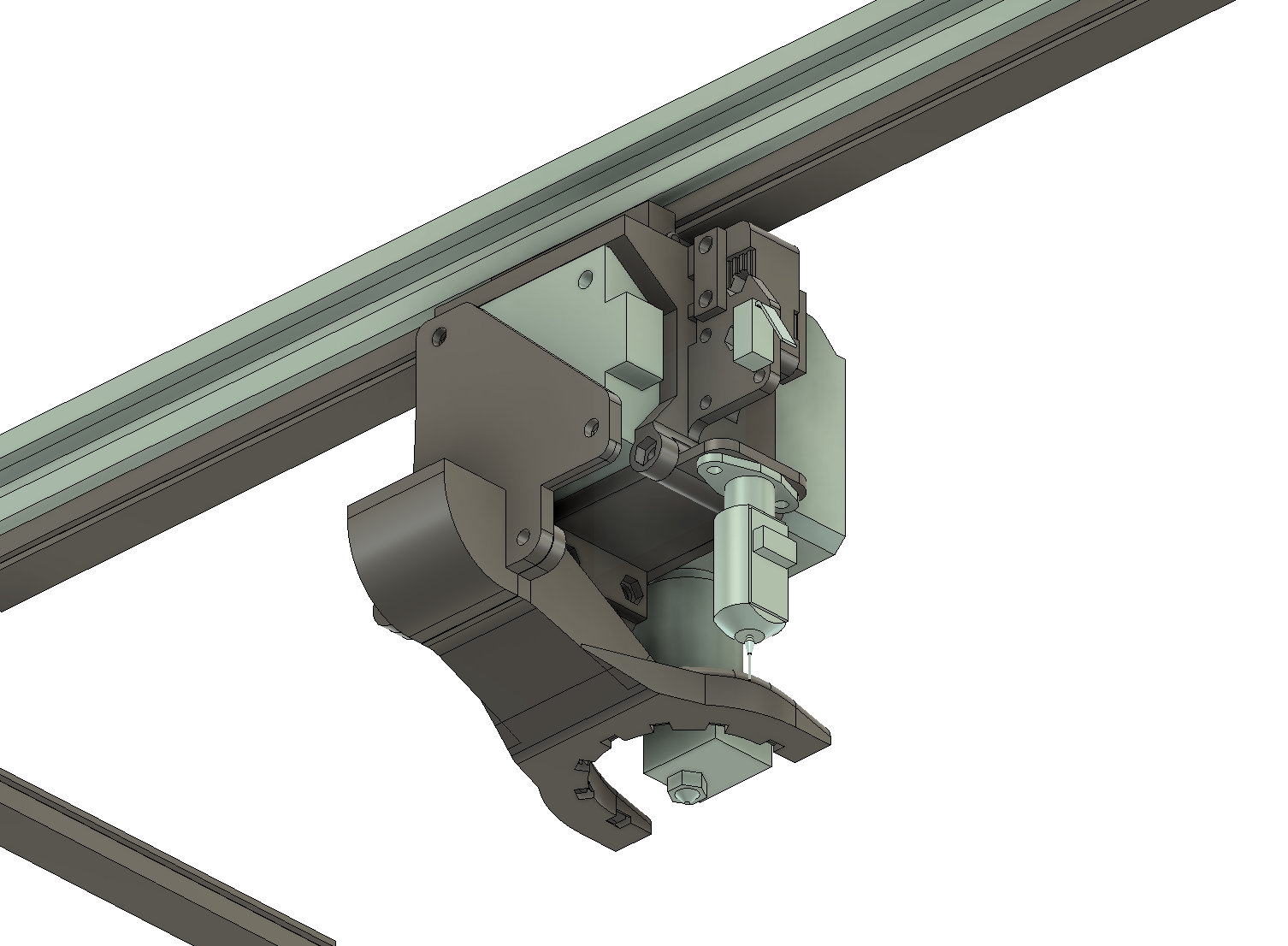 Regardless of the carriage you choose you will need to run wires and possibly bowden tubes to your hot-end. For some printers a draped, freely moving loom is a good choice and for others you may want a cable chain. The printer systems includes two cable towers that can facilitate both setups. The carriage cable tower is compatible with all of the X-carriages in the system. 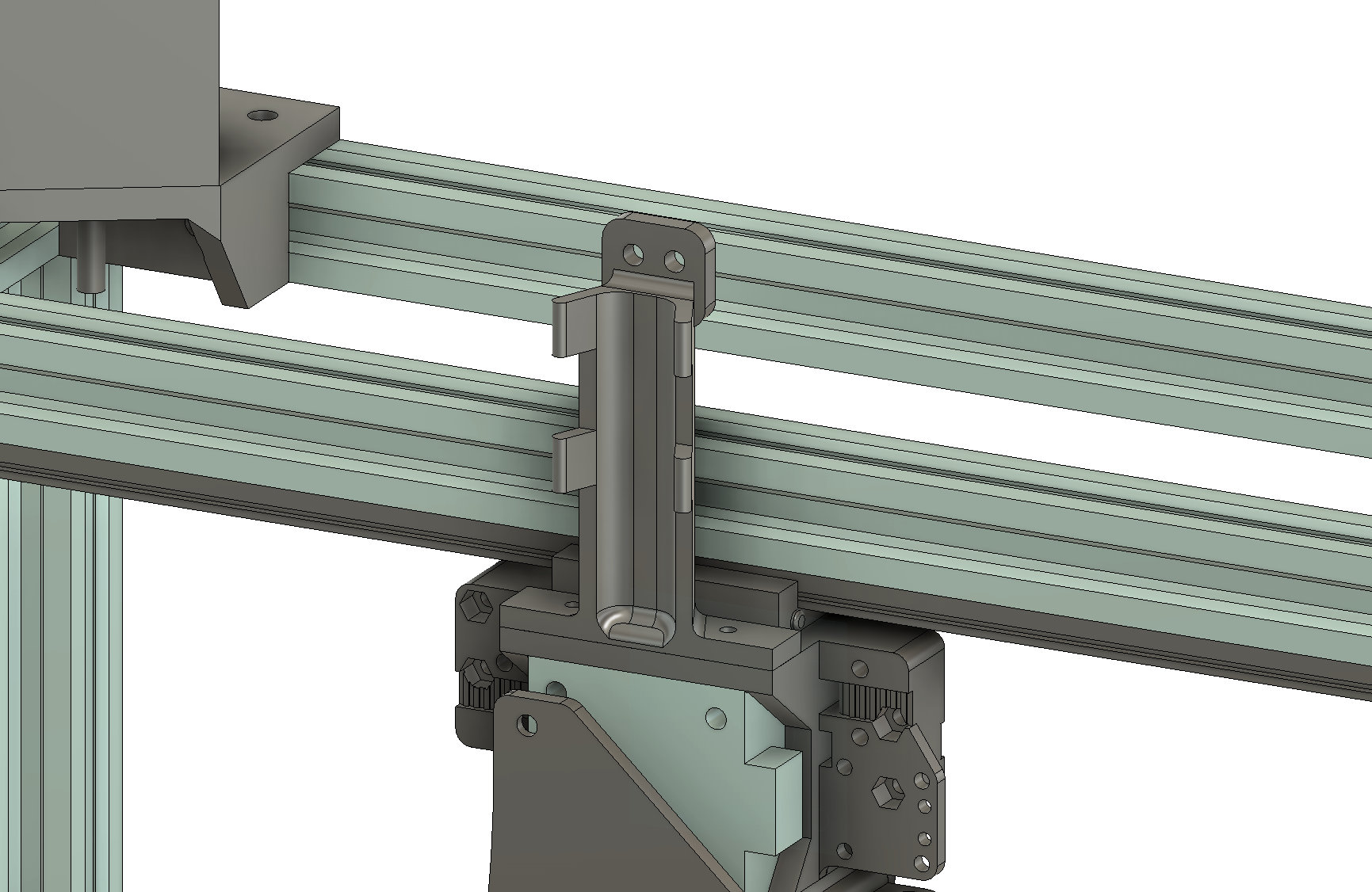 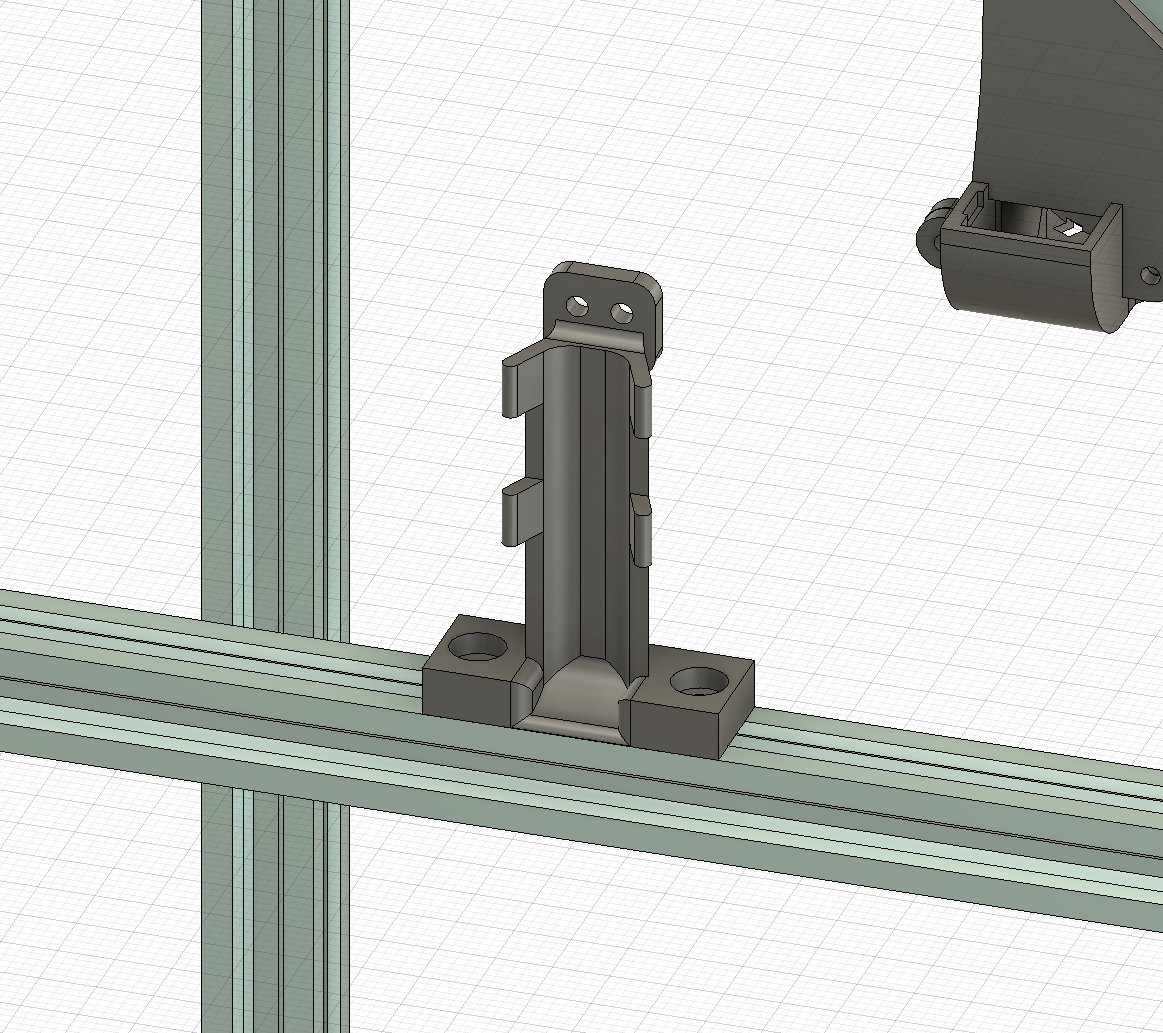 A cooling fan and mount are included when you purchase the V6 hot end kit and any option that clamps onto the radiator should work without issue. However the printer system incldues an over-built 40mm duct with screw-on clamps and a fan grill to avoid accidentally poking a screw driver or pliers into a moving fan. 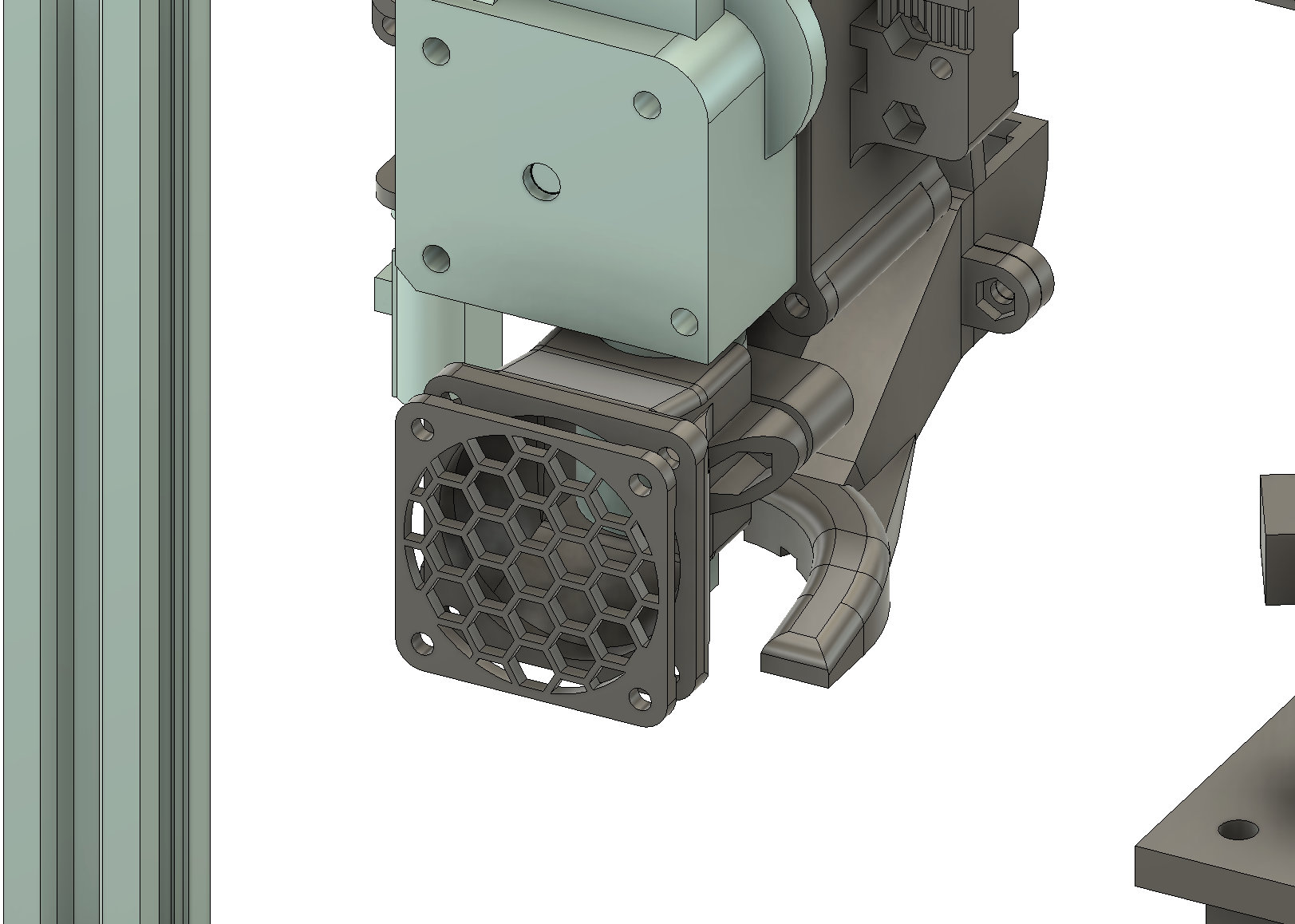 There are a lot of extruder, radiator, and touch sensor clones on the market and many of them are decent quality however not all of them are great and I strongly recommend purchasing an original product - at least your first time around. Once you are comfortable with the various products it's easier to identify poor clones and what parts are more important than others not to mention it helps support and encourage the creators of these awesome designs.